Wandfluh A. G. recently celebrated 55 years of trading as a family concern based in the town of Frutigen, which is in the Berne district of Switzerland. Wandfluh has always dedicated itself to the well being of those people who live in the Kander Valley, which surrounds the two main factories and is considered one of the main employers within the district today.

To take you back in the history of the ever - developing company of Wandfluh, we have to start at the beginning. The company was founded by a pioneering young man of 22 years of age called Ruedi Wandfluh in the year 1946 just after the war, along with two employees. Ruedi Wandfluh started a small engineering workshop to offer a service in the repair business for local companies in the Kander valley. 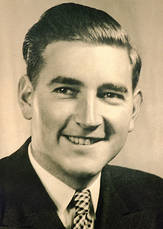 Over the next 9 years in difficult trading times the company was still able to expand to 10 personnel. The death of Mr Ruedi Wandfluh in 1954 raised some big question marks over the future of the company, however, his wife Gertrud Wandfluh took control of the company and continued her late husband's success.

The hydraulic era for Wandfluh started in 1960, when they decided to develop and produce hydraulic valves to sell. This was a very important decision for the future of Wandfluh. The break through in the hydraulic industry was realized in 1962 and this was predominantly in the Swiss Machine tool industry. This gave rapid growth within the company and there was an increase of 40 personnel in the factory based at Kandergrund in 1966.

As the company grew over the coming years they managed to acquire a company called Muller & Co, which was one of their competitors in 1975. A new factory was purpose built to accommodate both companies and their staff.

In 1975 Wandfluh achieved a very important milestone, when they developed their first Euro -type electronic card to control their hydraulic valves. Significantly they manufactured some very special valves for that era, which are still used widely through out the world today. The first truly soft switching valves were designed to achieve a gentle start and stop movement of the cylinders and motors compared to the standard normal directional control valves. Other innovative products were the miniature valves for manipulators and robotics, where space was a premium and small flows were required for control of comparatively small cylinders.

Mr Hansruedi Wandfluh, the son of the founder started his activities as the new Managing Director at Wandfluh in 1983. Before his appointment, he spent some time in England studying the requirements of applications for the hydraulic industry outside of Switzerland.

As the company continued to expand, Hansreudi soon realized the potential for his company to become more international so he invested in sister companies in the United States of America and Germany.

In 1986, Wandfluh made a big investment for a prestigious new building in Switzerland to enable them to cope with the expansion of the product range and realize the production levels required to cover worldwide demands. They are still manufacturing here today.

In 1991, Wandfluh were the first hydraulic company in Switzerland to achieve successfully the International Quality certificate ISO 9001 and with this increased growth in turnover they were able to finance the opening of two new sales offices in Switzerland at Zurich and Lausanne.

Hansruedi Wandfluh recognized the importance of setting up a sister company in United Kingdom and in 1992, the company Wandfluh UK Ltd. was set up based in Leamington Spa, Warwickshire, UK, with a factory space of 400 sq meters.

Wandfluh UK set about the task of expanding the sales of Wandfluh products in Great Britain and soon the factory had reached full capacity. Hansruedi Wandfluh decided that it was time to invest in a purpose built factory in England.
In 1999, the company was moved to Southam, in Warwickshire,

At the beginning of 2005 the business had reached £750 k. Mr. Trevor Allen took over the responsibility for the UK operation and drove the business forward.

During the years of 2005 to 2010 the company grew by minimum of 30% each year until in 2009 where the world market recession took its toll and had an effect on all companies including Wandfluh UK Ltd. Despite this Wandfluh UK managed to develop new markets and in 2010 was operating 88% above 2009 sales figures producing the best year since the company started trading in 1991 going to a record turnover of £2.7Million

in 2011 plans were discussed to approve an increased area to cope with the development of sales in the Valve manifold assemblies and Valve pack assemblies using mainly the Wandfluh product range. this was approved and a 728sqm extension was built in 2012.

“Continuing the success at Wandfluh Uk since the extension completed in 2012”.

With the new extension built in 2012, comprising of a new Assembly / test workshop & stores area. Wandfluh continued to build on their reputation of their products and innovative designs of manifold / valve pack assemblies. This increased turnover and knowledge to manufacture products from Concept, through innovative designs to manufacture of the assemblies to fulfil to Customers’ orders, kept the momentum growing with turnover to reflect the success at Wandfluh UK change in direction .

Again, in July 2019, working with Matthias Wandfluh the merits of further investmentby the Wandfluh Holdings Group was discussed . Mathias relished the foresight in our plans and backed our continued expansion of the Wandfluh UK site by  adding a machine workshop facility to cater for the needs of our production.

So with this in mind the decision was made and the construction of the Machine shop started in January 2020, to add a further 560 sqm  to the Wandfluh site, taking the total site to  1733sqm.

This gave our company greater flexibility to meet the demands of our customers and open new channels to new business. We are pleased to report by this additional facility in 2021, we can already see the benefits of the investment made by the Wandfluh Holdings to support our growing needs for expansion.

In 2020, Matthias Wandfluh based on the success of Wandfluh, invested further in Wandfluh AG company based in Frutigen, by adding and additional facility, to increase production and bring the company in to a state of the art manufacturing site.

Wandfluh Group have reached a fantastic milestone where they will now celebrating the 75th Anniversary  since the company first opened back August 1946 to August 2021.